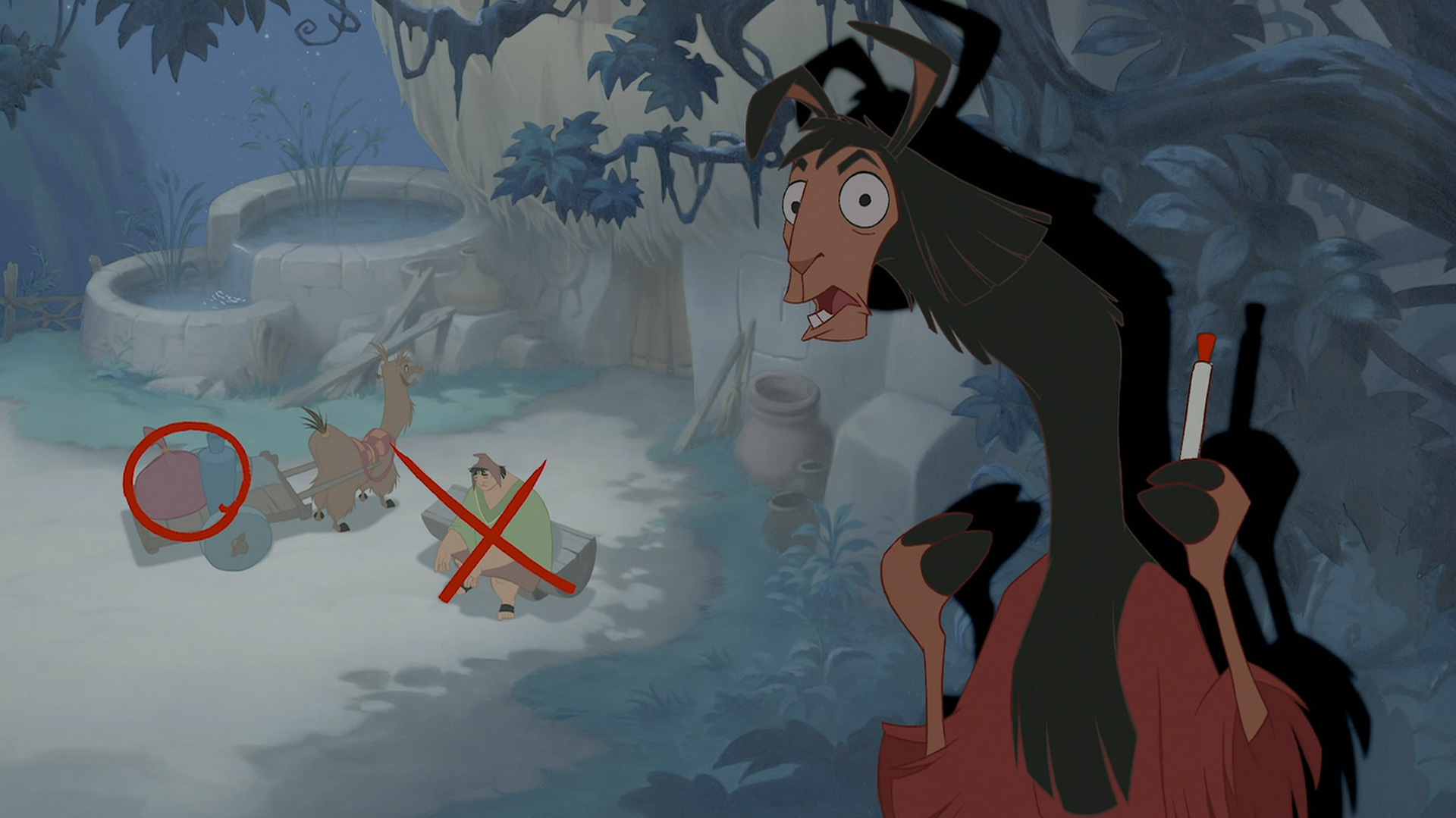 In a World Full of Yzmas, Be a Pacha

The case for why Gen Z needs to watch The Emperor’s New Groove.

The Emperor’s New Groove is my favorite Disney movie. By far. Hands down.

And I’m not one of those Emperor’s New Groove fans who likes the movie a lot. I love that movie. To the point where if we end up in a little chat about a common interest in the movie, and you pull out the quote, “Pull the lever, Kronk,” I may be smiling on the outside, but inside my soul is rolling its eyeballs out because you are a noob.

You know the monologue Yzma gives in her lab where she outlines her plans to kill Kuzco? You know, the, “Ah, how shall I do it? Oh, I know. I’ll turn him into a flea, a harmless, little flea, and then I’ll put that flea in a box, and then I’ll put that box inside of another box, and then I’ll mail that box to myself, and when it arrives…I’ll smash it with a hammer! It’s brilliant, brilliant, brilliant, I tell you! Genius, I say! Or, to save on postage, I’ll just poison him with this.” That one. I can deliver that quote straight through, word for word. I know most of the memorable quotes from that movie by heart. I go hard.

All that being said, I think this movie is really underrated. Some kids in this upcoming generation haven’t even seen this movie. That’s a huge crime. Not only are they missing unparalleled comedic genius, but also an important analogy that is critical for the upcoming Snapchat-generation. Your high schooler has to watch this movie. I’ll tell you why.

Emperor’s New Groove is really all about Kuzco. No, it’s not about Pacha saving his village or about a disgruntled employee who’s out to get her revenge. It’s about a really young 17-year-old emperor who has an enormous problem on his hands. He is extremely selfish. Extremely.

Everything in Kuzco’s world revolves around him. Every wish is one finger snap away from becoming a reality. In Kuzco’s world, “. . . he’s the alpha, the omega, A to Z.” Somehow, Kuzco ended up with this enormous amount of responsibility and power at a very young age, and it’s all getting to his head. However, Kuzco’s growing power and selfishness haven’t caused too much damage (other than one old man who got thrown out of a window) until Kuzco’s 18th birthday, when he has a great idea—Kuzcotopia.

Kuzcotopia is kind of symbolic. It’s this line that Kuzco is stepping over. It marks the end of his being young and stupid and full of himself, and over into the beginning of his being an oppressive, inconsiderate and entirely self-focused ruler.

At this point, our guide and our villain are introduced. Meet Pacha, the village family-man, who loves and helps the people he has authority over. Pacha’s nature is always to help, even when he gets stuck with a half-drowned, demon-llama version of Kuzco. Pacha cannot walk away from someone in need. He is the manifestation of selfless and kind leadership.

On the other hand, we have Yzma, the power-hungry former advisor to the emperor. When Kuzco takes away her power, she’s not happy about it and will do anything to get it back. Yzma is entirely selfish and uncaring about others. She will do anything—even kill someone if necessary—to gain the power that she believes is rightfully hers.

Throughout the movie, we see this power struggle in Kuzco’s character. The way Kuzco lives his life in the beginning of the movie, he’s on an empty highway with no cops around, speeding toward becoming the next Yzma. But when he gets stranded as a llama far away from home under the care of the selfless Pacha, Kuzco has to decide if he is going to continue becoming the selfish version of himself he has spent so long building up to. At first it seems like he doesn’t have the capability to care about anyone else at all, but it turns out that “nobody’s that heartless.” Spoiler alert: there’s a reason the movie is called Emperor’s New Groove. Think about it.

And this is the part that is really counter-cultural in today’s world. This upcoming generation has an unhealthy leaning toward an over-emphasis on self. Have you listened to Nicki Minaj or Cardi B recently? Ever seen one of Lil Tay’s flexing videos? Have you heard some of the advice that talking heads are giving out these days? “Cut those negative people out of your life.” “Karma will catch up to you.” “I don’t need anybody else but myself.” A lot of the media that is targeted toward Gen Z is tending toward promoting a culture of selfishness: taking revenge, looking out for yourself, puffing yourself up and putting others down, reacting to people based on what they do, eye for eye, tooth for tooth. This is only growing more and more prominent in the younger social media world of Snapchat and Instagram. Go on either of their Discover pages and you’ll get a huge dose of glorification and promotion of selfishness. The younger Millennials and most of Gen Z are being told this stuff everyday, all the time.

And that’s what makes the message of Emperor’s New Groove so important. It’s the message of the gospel. Kuzco succeeds if he becomes like Pacha, selfless and kind. Kuzco fails if he continues in his ways and becomes like the cruel, self-obsessed Yzma. Because of the gospel, we are called to love our enemies, not to cut them out of your life. It says that we don’t get what we deserve, because all we deserve is punishment for falling short of God’s law. It says that we should humble ourselves and be lifted up in due time instead of puffing ourselves up to mask our insecurities. The gospel calls us to respond to Jesus’s grace by becoming more like Pacha—extending grace to others (even when they try to ditch you on a bridge that’s falling apart) because irrational grace has been extended to us.

I constantly find myself checking the world’s message on selfishness versus God’s perfect gospel selflessness. I get the lie told to me so many times in a day, I can easily slip into that mindset. I need constant reminders that the gospel is counter-cultural. It goes against my natural, Yzma-like sinful nature. It calls me to be more like Pacha, because Pacha’s a lot like God when he reaches out to the very person who is trespassing against him. And I believe the upcoming generation is going to need these reminders more and more.

So gather around, Gen Z and Millenials who missed out. You’re about to watch the best Disney movie ever. And somewhere between the awkward murderous dinner party, the restaurant madness and the vial mixups, you might find a some refuge from the bombarding of some very mixed-up values and learn a little more about who the gospel calls us to be.

The popcorn is popped, the room is dark, and we hear those horns playing the theme music as the camera pans through the jungle to a very sad, wet, sassy llama. Settle in.

Unless you’ve been turned into a cow. In which case, you can go home.