Dads, Your Vulnerability Is Your Strength

Delighting in your daughters begins with dying to yourself.

My daughter’s name is Hazel Eden Constant. I named her after the protagonist, a rabbit, in my favorite book, Watership Down. Eden I chose because of its connotation of delight. She has hazel eyes and a dimple stitched into her left cheek. She wakes up with bed head and beauty flitting about her like thirsty hummingbirds. I used to call her a little sunbeam but as she has grown I have amended that to solar flare, capable of knocking out power to the Eastern seaboard with her exuberance. She effervesces given the slightest provocation. Having two older brothers, she has refined that shifty-eyed suspicion younger siblings hone to a fine edge and has a nose to smell an ambush. She is tiny for her age, but pound-for-pound, the strongest of my kids, yet has a soap-bubble elegance with a natural grace of movement bestowed on her by a good fairy on her Christening.

When she was born seven years ago, something loosened over my left chest. I could feel it fall out in the birthing room. It was as if a couple of ribs were removed just over my heart and the likelihood of being mortally wounded became increased or inevitable or impossible. It is an uncomfortable, naked vulnerability that goes way down into the dark, past the spiders and leaky pipes, to the foundation of my identity. Like something is trying to climb in through the hole in my chest and grow out of it. I feel it with Hazel—not with the boys, not with my wife. I want to cover it up or fill it in. Thankfully I have learned this discomfort can be easily ignored. I can walk it off or brush her off or turn on the YouTubes.

The annual Butterfly Kisses dance was a couple of weeks ago. This event had been on the calendar for months. After we left the dance last year, our first time attending, my daughter said she couldn’t wait until the dance next year. As the day approached this year, Hazel and I went out and bought a dress, which was selected with the dual criteria of pinkness and twirl-ability.

The evening of the dance, we arrived early and hung up our coats. The dance floor was cloaked in fog and with laser lights slicing through. A few fathers and daughters were already dancing. We had our picture taken. Drinks next—lemonade for her, Sprite for me. Then it was snacks. She loaded up her plate with a jumble of cocktail weenies she would never eat and a parapet of cheesecake squares balancing a cookie. Two perplexed looking grapes huddled close to each other in the center like foreigners in a strange city.

I was feeling a grape-ish discomfort myself—that naked feeling over my left chest and in my gut, the chilly flutter of icy butterflies. It was the hole. I’ve gotten used to the sound it makes.

We hit the dance floor, which was—how shall I put this delicately?—very white. Lots of overbites and arrhythmic girations which appeared to be more a game of charades than dancing. One could observe “The Sprinkler” and “The Grocery Cart.” It was a grab-bag of dusty dance moves, the ones kept in a man’s brain, near the back, in a rusty file cabinet under the category of “Probably Good Ideas” but never cross-checked with facts. It was as if we were all marionettes being controlled by toddlers. Lots of spasms. Personally, I felt like a heifer in the last stages of mad cow disease. It was fantastic. The dads’ lack of inhibition, or active suppression of it, showed delight in their daughters and the folly of their love.

But still the draft, the hole and the hollow sound.

Hazel cut a swathe through the crowd with a strut and a smile as curved and sharp as a sickle. I followed in her wake, the beat and I repelling each other like a couple of south pole magnets. The DJ played all the favorites of yesterday and today. I held out strong through The Village People, Katy Perry and Christina Aguilera, my limbs basically doing what they were told. But I started to fall apart around “Cotton-Eyed Joe” and resorted to more of what can only be described as a flapping motion. The DJ, seeing us dads starting to flag, had mercy and played the Chicken Dance where we were supposed to look like agitated fowl. 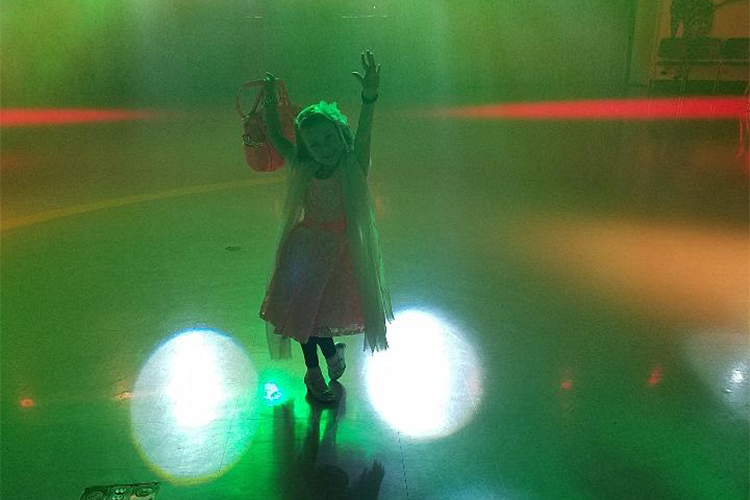 We danced for a solid two hours. Near the end of the dance, the DJ played “Butterfly Kisses.” Most of the dads with younger daughters picked them up, some with a tear sparkling in the corner of their eye, a rare and precious diamond.

I picked Hazel up, but she asked to be put down. She wanted to dance.

I remember an interview I read with a male ballet dancer talking about his role when dancing with the female lead. He said his job, as the man, is to create a calm on the stage, a quiet strength, so the woman’s beauty can be magnified. This beauty can exist alone and is not diminished. But when dancing on the strength of the man, it belongs; it flourishes in strength.

I dipped and spun and lifted. She twirled and leapt and laughed like nothing else on earth, animated by some divine bewitchment older than the stars. And so I, with fog around my toes and a disco ball overhead, whirled with the image of God.

Holes always have names and the hooked shape of question marks. Am I strong enough? That’s the name of the hole in my chest. I wasn’t at the dance to parent or to tell her to finish her cocktail weenies or to make sure she was minding her manners. My strength wasn’t diffused amongst all my kids; it wasn’t filtered through my wife, nor was it directed toward training or teaching or tickling. It was 200-proof Delight with no chaser.

But to delight in something necessarily means to look away from yourself, to leave your insecurities behind. You must choose whom you will protect.

Something really was trying to climb in and grow out of the hole—a seed of God’s image, and all his seeds are heirlooms. If I succumb to doubting my strength and the position I hold in Hazel’s life, if I passivate the uneasiness of belief and cover it up with busyness or distraction, her beauty will grow. But not out of me, where it’s meant to, out of the soil of my heart, the ground tilled by God’s grace and dunged with death to self. It will grow, not as it ought, but far away on a dry patch of sand where it will become thorny and resistant to strength and the sun.

This is the challenge of every father with daughters. Do I stay open and vulnerable to my daughter, accepting the imperfections of my strength, and be free to delight in her? Or do I abdicate and turn in on myself and protect the hole? It is a strong man who can say in his weakness, “There is a hole in my chest and it is for you. I am defenseless utterly. Grow here. You are safe.” For, if nothing else, a man is the safest when he is asked to bring his strength.

I was thinking how many problems in the world might be mitigated with a few more daddy-daughter dances. Domestic violence, abortion, pornography—how much of this might go away if we opened up our chests and resist the temptation to cover up the drafty shame of doubt. Our daughters ripping a hole in our chest is practice for terraforming the world with the image of God. 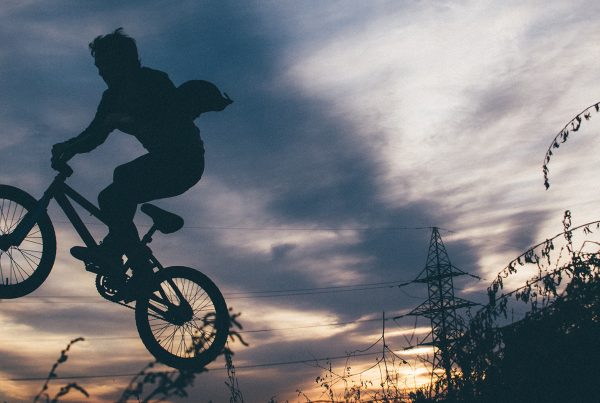 How to Train Your Teenager 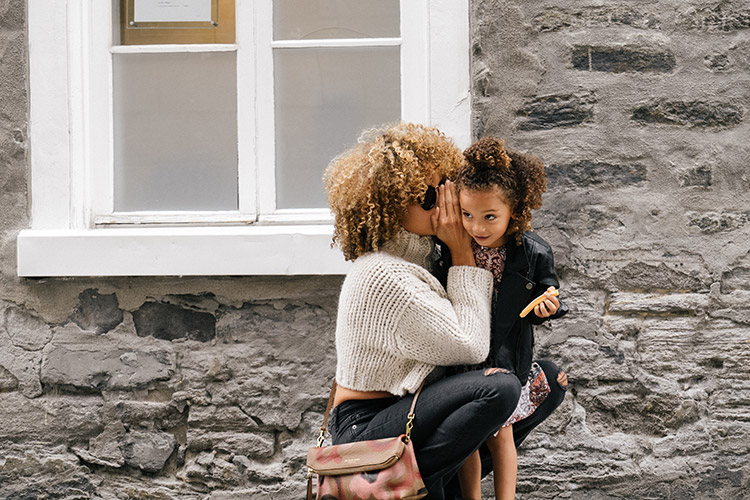