A Galaxy of Warm Places: Why Neighboring Makes for Better Politics 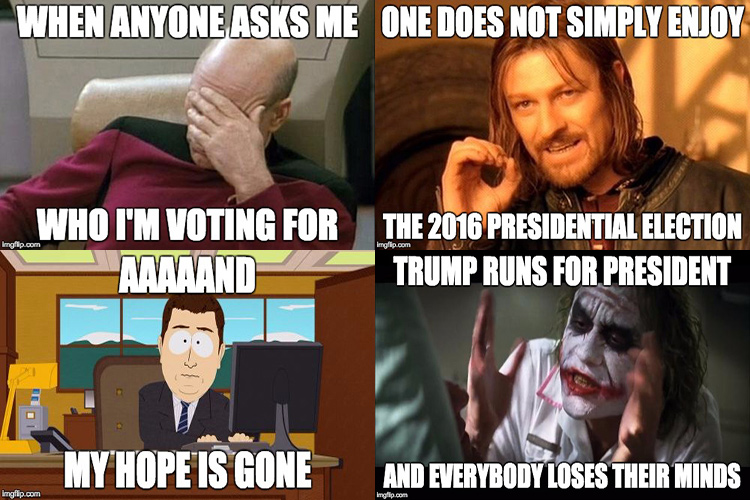 Americans have had it up to here with this election cycle. Anger, frustration, hopelessness and a deep cynicism have descended on the American political landscape like an unwelcomed fog. Social media’s penchant for turning our timelines into personalized echo chambers tends to thicken the mist. We shout our memes louder and louder in the hopes that the people who “think like us” can stay together. We hurl our “truth bombs” blindly at the other tribes lost somewhere out there in the abyss.

But many Americans are wondering how we got here and how to find our way to clearer skies. Not that there was ever an “Eden” of political culture in our country, but today's system seems to be particularly, well, fallen. What happened? Can anything be done to change the state of politics in America?

David Brooks, columnist for the New York Times, thinks that something can be done. And the answer is right up Summitview’s alley.

In his column yesterday, Brooks posits that “the roots of political dysfunction lie deep in society. If there’s truly going to be improvement, there has to be improvement in the social context politics is embedded in.” Our political problems won’t be fixed by “voting the bums out” over and over again. As Nancy Pearcey has been wont to say, politics is downstream from culture. And as Andy Crouch defines it, culture is what we make of the world. What we make of the world runs the gamut from movies and novels, to swingsets in the backyard and pancakes on Saturday morning.

In healthy societies, people live their lives within a galaxy of warm places. They are members of a family, neighborhood, school, civic organization, hobby group, company, faith, regional culture, nation, continent and world. Each layer of life is nestled in the others to form a varied but coherent whole.

But starting just after World War II, America’s community/membership mind-set gave way to an individualistic/autonomy mind-set. The idea was that individuals should be liberated to live as they chose, so long as they didn’t interfere with the rights of others.

He then offers a startling stat: As of 2005, 47 percent of Americans “reported that they knew none or just a few of their neighbors by name.” But if you were with us during our Art of Neighboring series last spring, you already knew this, because you filled out the “block map of shame.”

Middle-ring relationships . . . help people become skilled at deliberation. The guy sitting next to you at the volunteer fire company may have political opinions you find abhorrent, but you still have to get stuff done with him, week after week.

Middle-ring relationships also diversify the sources of identity. You might be an O’Rourke, an Irish Catholic and a professor, but you are also a citizen, importantly of the Montrose neighborhood in Houston.

With middle-ring memberships deteriorating, Americans have become worse at public deliberation. People find it easier to ignore inconvenient viewpoints and facts. Partisanship becomes a preconscious lens through which people see the world.

This is what happens when “[p]eople put politics at the center of their psychological, emotional and even spiritual life.” In other words, politics becomes reductionistic and inhumane, because it takes all of our humanity and boils it down to one totalizing point. “Presidential campaigns become these gargantuan two-year national rituals that swallow everything else in national life,” says Brooks.

Yes. Swallowed in the fog.

(It is worth noting that the media plays a role in the swallowing of “everything else.” The 24-hour news cycle has to fill airtime somehow. Oh, hey, look what that candidate just tweeted…)

Brooks’ solution is to scale back both our dependence on politics, as well as our autonomous, hyper-individual selves. “If each of us fulfill all of our discrete individual desires, we end up with a society that is not what we want at all.” Here, Brooks identifies the gospel-saturated irony in this whole discussion about politics, happiness and culture. He closes his column with a line that deserves a hearty amen: “People experience their highest joy in helping their neighbors make it through the day.”

So, are you tired of “politics as usual”? Are you tired of the 2016 presidential election? Then love your neighbor as yourself (Matthew 22:39). Work to create a healthy culture in your neighborhood: Go to the HOA meetings; shovel sidewalks; throw a block party; host a Backyard Kids Club.

Oh, and consider scaling back your time on Facebook.

Of course, neighborhoods aren’t the only middle-ring contexts out there. Where do you sense a calling? Where could you help “make something of the world” with those near you? Where can you seek the common good?